It appears that the Bittingers may have been from Bern, Switzerland, and immigrated to the Alsace/Lorraine (Strasbourg, Zutzendorf, Bokenheim, Schiltigheim, Durstel)  region in about 1660, where 2 generations were born including

"Strasbourg is the capital of Alsace and is located on the left bank of the Rhine River, in France’s northeast. The European parliament, the Court of Human Rights, and the Council of Europe are just some of the famous institutions that have chosen Strasbourg as their seat.


Its Old Town district is a gem waiting to be discovered, and the atmosphere surrounding it is truly enchanting. The heritage-listed area includes the famous Notre-Dame cathedral and the enchanting Petite France district.


Strasbourg is separated from Germany by the Rhine River, and remains proud of its rich and tormented history. Having emerged even stronger from the painful memories of the two World Wars, the city has become the symbol of Franco-German reconciliation, and by extension, of European friendship." (1)

Adam Bittinger in about 1698. He was the son of Peter Bittinger and Mary Sabina Braum. 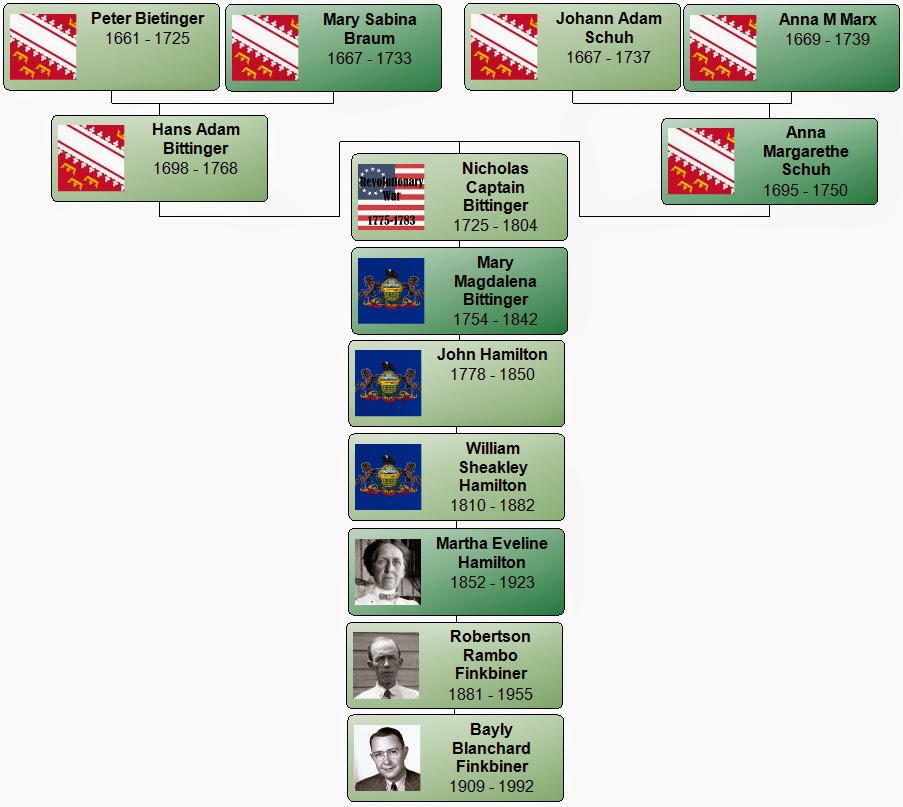 
“The official policy of religious intolerance which drove most Protestants from France after the revocation of the Edict of Nantes in 1685 was not applied in Strasbourg and in Alsace, because both had a special status as a province à l'instar de l'étranger effectif (a kind of foreign province of the king of France). Strasbourg Cathedral, however, was taken from the Lutherans to be returned to the Catholics as the French authorities tried to promote Catholicism wherever they could.” (3)

Hans Adam (39) and his family  chose to leave Strasbourg (for religious reasons?) and they arrived in Philadelphia on 30 Aug 1737  from Rotterdam on the ship Samuel.

“Hans Adam is said to have first resided in Lancaster Co., then to have emigrated to the "Conewago Settlements" York Co, PA. His name appears in the church records of the latter place about 1744.” (2)

“The land embracing the present "Homestead Farm" in Berwick Township, Adams Co., was patented to "Adam Beetinger" by Thomas and Richard Penn, May 7, 1753, under the name of the "Shauman Tract," a family of this name having occupied it for three years previous, probably as squatters.” (2)

Han Adam (69) died 7 Jul 1768 in Hanover, PA. Sabina “survived him, with ten children.”(2)  He could have had six children with Sabina, or they could have been her children from a previous marriage.