We don't know when the Blanchards came to America, quite possible from England, sometime before 1760.  There are some who say Blanchard meant someone who had a white beard, or wore white clothes, or one who rode a white horse.  The name could have French origins, or German.

"The first recorded spelling of the family name is shown to be that of Richard Blanchard, which was dated 1177, during the reign of King Henry II. (1) 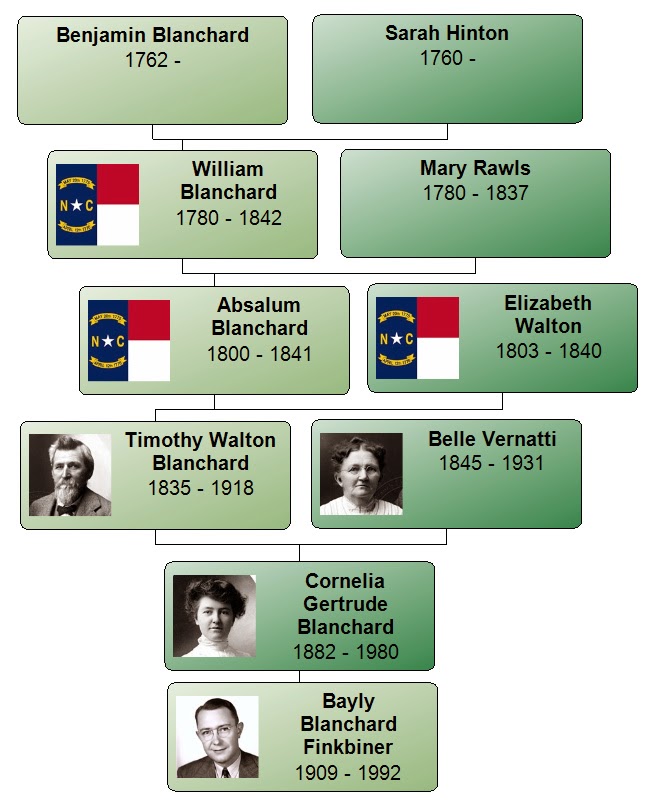 Benjamin Blanchard was born around 1762 possibly in North Carolina.

His son, William Blanchard was born in 1780 in Gates County North Carolina. William showed up in the Gates County, NC censuses of 1810, 1820, and 1830. These census records only list the head of household's name and then give age ranges and numbers of persons for the rest of the family members.


In 1830, there are 5 household members:
In 1840, William Blanchard of Gates County is named, but this time there is only:
It looks like William's will was probated in 1841.

Something happened: an epidemic, or just high mortality among the white residents of Gates County:
Hmmm.