We know of this voyage because there is a court case associated with the thirty hogsheads of tobacco stowed on board. This tobacco was owned by the Lee family, who were represented in court by Ms. Hannah Lee. Upon arrival in Zeeland, the tobacco was found to be rotten and unfit for sale. The Dutch refused to buy and the Lees sued for damages. On 20 Jul 1658, George Durant testified on behalf of his commander, saying that the hold remained dry during the entire voyage and that the tobacco was spoiled when it was loaded back in Virginia. The verdict of this case remains unknown.


George purchased land from a gentleman named Dr. Rice Maddocks. When George bought the Maddocks land in the late 1650s (around the time of his marriage), Dr. Maddocks retained the plantation house. As part of the payment, George Durant built Dr. Maddocks a 50-foot tobacco barn. Rice Maddocks, a well-known local doctor, did not live to see his new barn used for very long. He was murdered by three men who were convicted and jailed.

George Durant often appears in County court documents of the time, indicating that he was an active member of the community.

Durant helped to locate land for others, he also spent two years exploring and determining the best spot for his new home before purchasing land. 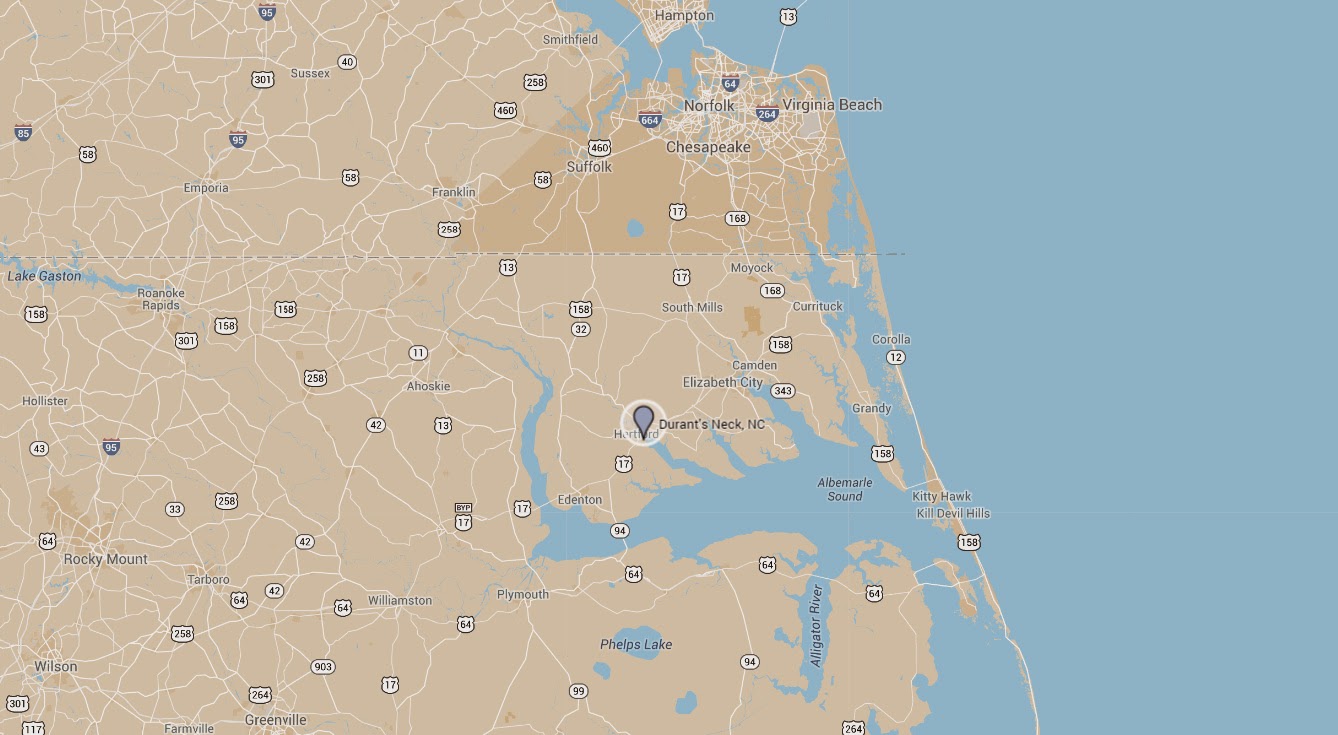 By 1662, Durant had already built a house and had cleared a part of the land.

The wharves of the plantations on the Little and Perquimans Rivers served the white-sailed ships that carried tobacco, indigo, tar and pitch to New England, the West Indies and Great Britain.

George Durant offered the use of his home for court to be held, council meetings to convene, and assemblies called. In fact, court was held so often at Durant's home, that a set of stocks was eventually erected on his property. Durant was a popular man, who had a reputation for fairness. By the 1670s, he had become a leader of the political party representing the interests of the original settlers." (1)