52 Ancestors: Week 15: Skidmores in the French & Indian War and the Revolutionary War 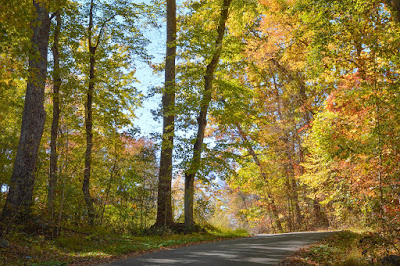 This is the fifth, and last entry for the Skidmores; they were an amazing, adventurous family.  Again, this is the research work of Warren Skidmore in 1980.  Here is a synopsis:

James Skidmore was second son of Joseph and Annes Skidmore.  He was born in 1732 in Murderkill Hundred, Kent County, Delaware. As a young man, he moved with his family to (West) Virginia in the early 1750s.

He married Sarah McDonald in about 1758.  They had 6 children.

He served in the French and Indian War with his brothers Joseph and John in the company commanded by Capt. Abraham Smith.

He filed a claim in Botetourt (pronounced Bot-i-tot) County under the Commissary Provision law of 1782 and a certificate was issued to him for the payment of 468 lbs of beef furnished to the Revolutionary Army on 14 Feb 1782.

In 1783, he was taxed on 7 horses and 25 head of cattle. In 1786, James purchased an additional 60 acres on the James River for £55.  This land descended to his son Randolph Skidmore and either he or his father operated Skidmore’s Ferry there for many years. "The fare for a man was four cents, and for a horse, the same."

All of his sons except Randolph went to Kentucky.


Lieutenant Joseph Skidmore was the oldest son of James Skidmore (above) and Sarah McDonald.
He was born 31 July 1761 in Pendleton County, (West) Virginia.

Joseph Skidmore served in the American Revolution.  His pension application outlines his service: About 1 November 1780 he was drafted in Capt. James Smith’s company of Botetourt County Militia. The company marched to New River and, with other troops, was attached to Col. Crokett’s regiment.  They marched through Washington and Montgomery Counties (in Virginia) to North Carolina and thence to the French Broad River where they joined Col Campbell.  Joseph was then part of the company of Capt. Cartman and marched to Fincastle County on the way to join General Greene.  His service was for six months, and he did not participate in any major battles.

Joseph (age 27) moved to Lincoln County, Kentucky in 1788.  His pension application says that in 1791 he was ordered out for 60 days as an Indian spy by Col John Logan and attached to the company of Capt. John Blaine.

Joseph was remarried, shortly after his wife's death, to Catherine Manning on 27 Aug 1806.