"The Ulster Scots are an ethnic group in Ireland, found mostly in Northern Ireland.  Their ancestors were mostly Protestant Lowland Scottish. These people migrated to Ireland in large numbers with the Plantation of Ulster, a planned process of colonization which took place in 1609 under the auspices of James VI of Scotland and James I of England on land confiscated from members of the Ulster-Gaelic nobility who fled Ireland upon the discovery of a new rebellion plot.

The majority of these Scottish settlers and their descendants were Presbyterian,  Along with Catholics, they were legally disadvantaged by the Penal Laws, which gave full rights only to members of the Church of Ireland.  With the enforcement of England's Queen Anne's 1703 Test Act, which caused further discrimination against all who did not participate in the established church, 200,000 Ulster-Scots migrated to America between 1717 and 1775." (1)

Several branches of our tree can be traced back to Northern Ireland, and they all emigrated between 1725 and 1740.  Once they were in America, they were very patriotic and joined the rebels in the fight against the British.


1.  "John Hamilton was born in 1713. He sailed with Captain Hance Hamilton arriving New Castle, Delaware 24 Aug 1729 along with 140 Scotch-Irish at the behest of William Penn to help defend his land in Chester County."

John settled in York County, PA near Gettysburg.  He (28) married Florence Morrow, and they had 15 children.  John was appointed on 3 Nov 1775 to serve as one of twenty-six on a committee to prevent the people of York County, PA from giving provisions to the British Army. 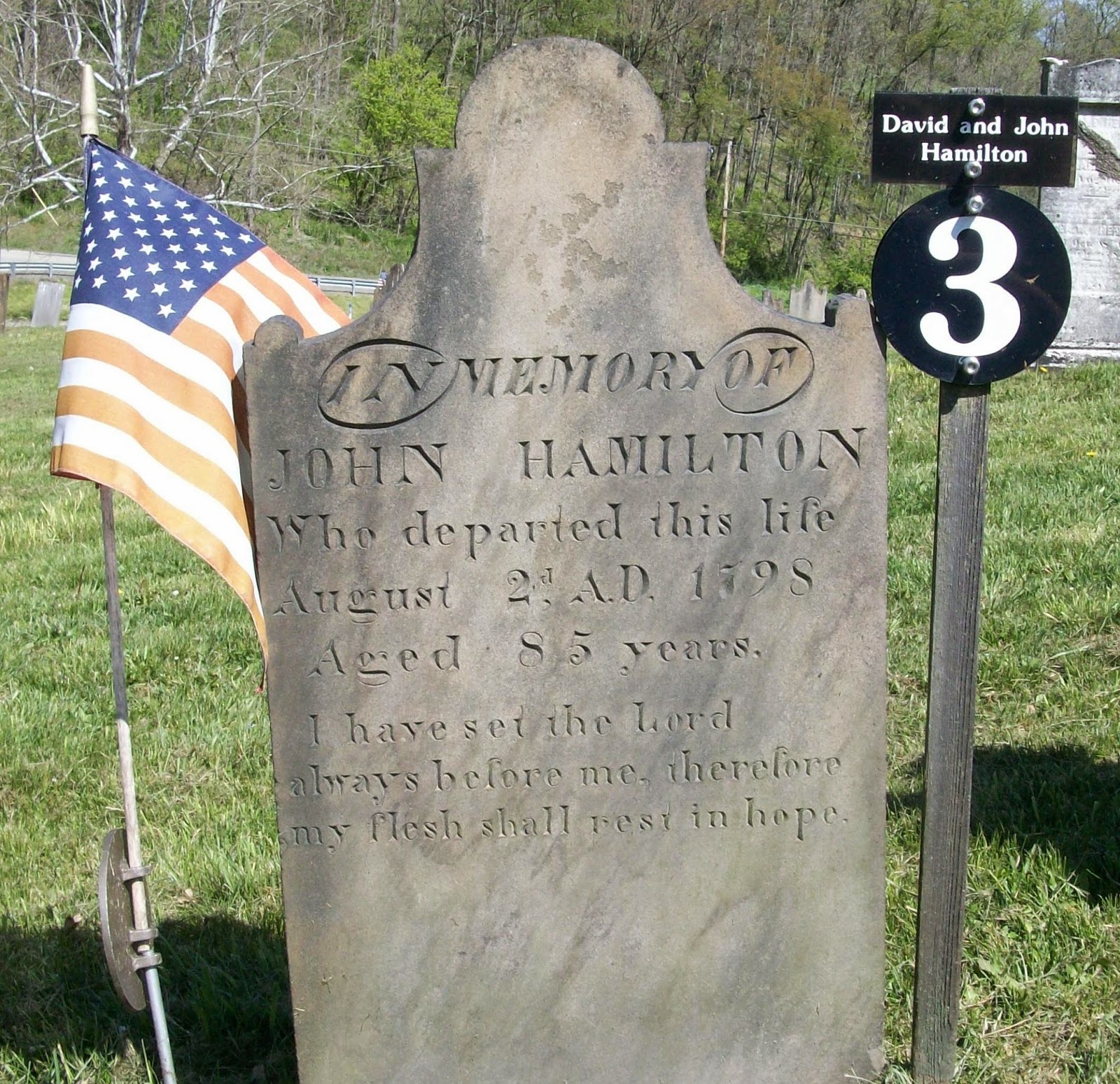 His (10th child) William Hamilton did two tours in the Revolutionary War.

In 1754 William (34)  married Janet Moore, widow of James Moore, Mount Pleasant township, PA, and had two sons and one daughter:


In 1792 William lived in Franklin township, four miles north of Gettysburg, where he built the house which is still known as the Sheakley homestead.
This farm of one hundred and forty-one acres was purchased
- from Hon. John Penn, of Stoke Poges, Berks, England, (one of the proprietors of  PA)                        - and Hon. Richard Penn of Queen Ann Street, parish St. Mary le Bone, England.

Soon after the commencement of the Revolutionary war, November 3, 1775, William was elected to one of the committees of safety of York County, his two sons, John and George Sheakley both served in the war.

His son George Sheakley, received his commission when he was 19 years old, on 17 Jun 1779.  He was Ensign, Eighth Company, Fourth Battalion, under John McIlvane, Captain.


3. James McCurdy was born 1706 in Antrim, Northern Ireland and immigrated before 1729 when he married Mary Polly Cook in Lancaster PA.  They had at least one son Robert born in 1736 in Salisbury, PA.

His son Robert McCurdy (25) married Ann Creighton on 31 May 1761 at St James Church in Lancaster PA, and they had five children.

In 1777, Robert was a Captain in the  8th Company, 7th Battalion, Pennsylvania Line under Major James Mercer,


4. William Creighton was born 1710 in Fermanagh, Ulster, Ireland.  He arrived in America before 1737 when he (27) married Barbara Young.  They had Ann (who married Robert McCurdy), Martha, Margaret, Mary, Catherine and one other child.

William received land from the Penns by a patent in Upper Leacock Township in 1763.

He was a trustee and incorporator of the Leacock Presbyterian Church in Paradise, PA in 1787