Adam Boyd was born in 1692 in Ballymena, Northern Ireland.

He (31) “came to New England as a probationer (licensed by the Presbytery, but not yet assigned to a specific congregation) in 1723.

After remaining in America for a short time he concluded to return to his native country, and was furnished by the celebrated Cotton Mather* with a certificate of his good character in the country, dated June 10, 1724.

Having formed an attachment for a daughter of Mr. Craighead, one of the pioneers of the Irish Presbyterians of New England, he relinquished his design of returning home, and came to Pennsylvania, whither Mr Criaghead and family had shortly preceded him.

He brought with him the commendatory letter of Cotton Mather, as well as credentials from Ireland, and was received under the care of the Presbytery of New Castle.  He was received 29 Jul 1724.

On the same day on which Mr Boyd became a member of the Presbytery he was sent to Octorara, PA with directions to collect a congregation.  He was so acceptable to the people that at the next meeting of Presbytery, 14 Sep 1724, a call was presented for his services, and he was ordained and installed at “Acterara Meeting House” 13 Oct 1724.

Mr Boyd’s field of labor was quite extensive, embracing a large territory.  Over this wide field he traveled on horseback, and must have been exposed to many dangers in the wilds of the forest, but the words Boyd, Presbyterianism and indomitable pluck are synonymous.  The family had suffered severely in Ireland for their adherence to Presbyterianism, and in this country they have been its true disciples.”  (1) 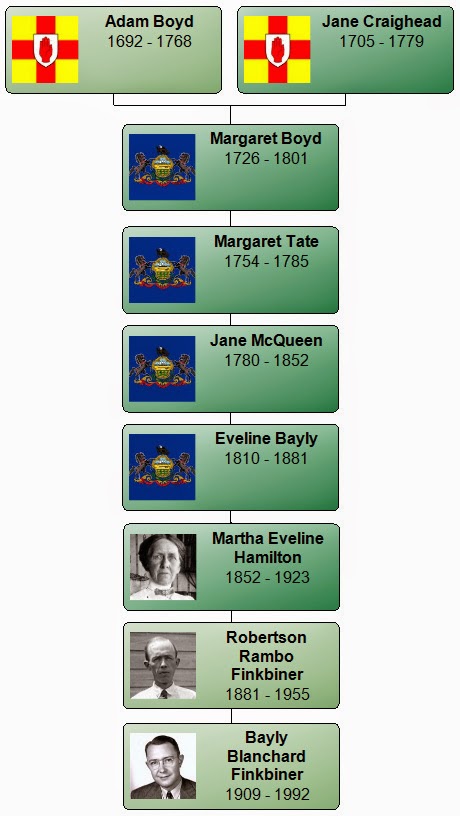 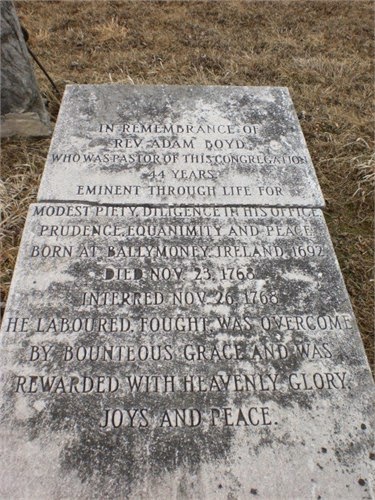