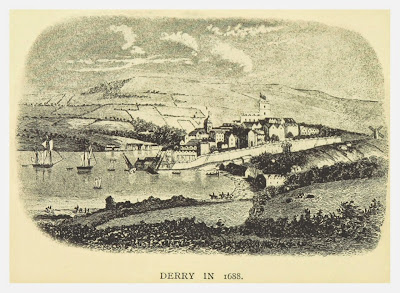 “Thomas Craighead was born in 1660 in Scotland and studied medicine there, but later entered upon his trials for the ministry as a probationer in the Presbytery of Strabane (Northern Ireland) in 1698.

He read theology under his father in Londonderry (Northern Ireland)and was settled some 10 or 12 years in Ireland, and became a well-known and even a prominent member of the Irish Synod.” (1) 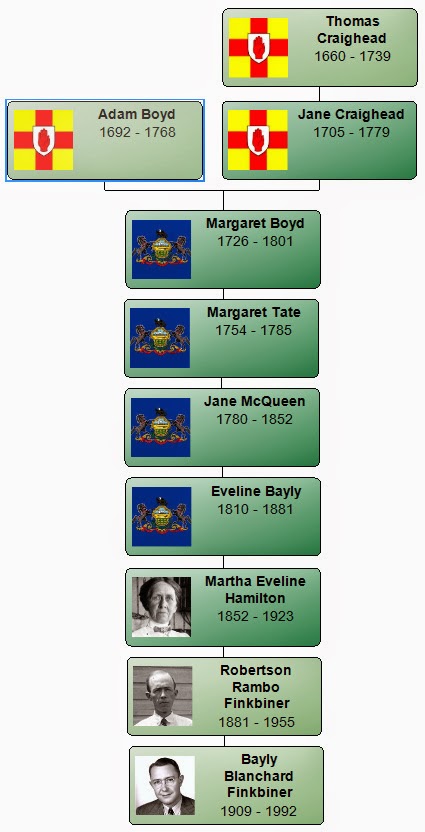 “Thomas married Margaret, and they had five children:
“In consequence of a number of grievances to which the Presbyterians were subject in Ireland, such as "oppressive rents, ""the sacramental test” and the "marriage ordinance," Thomas joined a large company of emigrants and came to America.” (1)

“Thomas and his family, arrived in Boston the first week in October, 1714, from Londonderry, on the ship "Thomas and Jane" of which Mr. William Wilson was then master.

He first settled as a minister in Freetown in the colony of Massachusetts.

The Rev. Thomas Craighead had the unhappy gift of discord and he led a somewhat stormy life, although he was a fearless and a useful minister. For some time all went well at Freetown, MA.

Thomas had agreed to subsist on voluntary contributions from his flock.

Probably his manner did not attract, and the support became gradually reduced until he was obliged to petition the General Court for a grant of money. 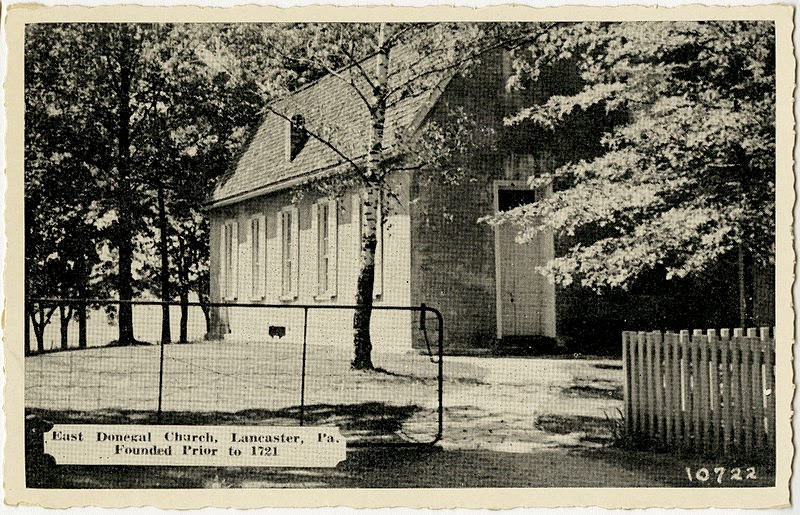 Thomas soon left Freetown, and in the spring of the year 1723 moved his family southward. He joined Newcastle Presbytery January 28, 1724, and on the 22nd of the next month was installed minister of the church at White Clay Creek in Delaware.

Changing his residence once more he settled at Hopewell in 1738, and preached until he died while pronouncing a benediction, in April, 1739: (2)

“At Big Spring, protracted meetings were held for public worship. So powerful, it is said, were the influences of the Spirit, that the worshipers felt reluctant, even after having exhausted their stores of provisions, to disperse. I have heard it from the lips of those present, when Thomas Craighead delivered one of the parting discourses, that his flow of eloquence seem supernatural; he continued in burst of eloquence, while his audience was melted to tears” (3)

“It was on one of these occasions, near the close of April, 1939, at a communion session at the big spring church, when having preached until quite exhausted, he waved his hand, being unable to pronounce the benediction, and exclaimed farewell, farewell, and sank down and died in the pulpit.” (2)


Sources:
*(1)Excerpt from Centennial Memorial of the Presbytery of Carlisle (Meyers Printing and Publishing House, Harrisburg, PA, 1889) at Volume II, Pages 22-25
*(2) Excerpt from Charles Knowles Bolton, Scotch Irish Pioneers in Ulster and America (Bacon & Brown, Boston, 1910) at page 80, published by Open Library online at http://openlibrary.org/books/OL7045478M/Scotch_Irish_pioneers_in_Ulster_and_America
*(3) Dr A. Nevin in his “Churches of the Valley” quotes from a letter written by Thomas Craighead Jr dated 16 Dec 1845.
(4)WALKER(1893) p135 DERRY IN 1688" by Image extracted from page 135 of The Siege of Londonderry in 1689, as set forth in the literary remains of Col. the Rev. G. Walker, D.D., which are now first collected …, by WALKER, George - D.D., Governor of Londonderry. Original held and digitised by the British Library. Licensed under Public Domain via Wikimedia Commons - http://commons.wikimedia.org/wiki/File:WALKER(1893)_p135_DERRY_IN_1688.jpg#mediaviewer/File:WALKER(1893)_p135_DERRY_IN_1688.jpg