“Daniel Christman arrived at Philadelphia on 5 Sep 1730 with forty five palatines and their families, 130 persons in all, in the ship Alexander and Ann, Wm Clymer, Master, from Rotterdam, with a stop in last from Cowes, England.  It appears that he and his daughter Anna Ella (age 2) made the journey. 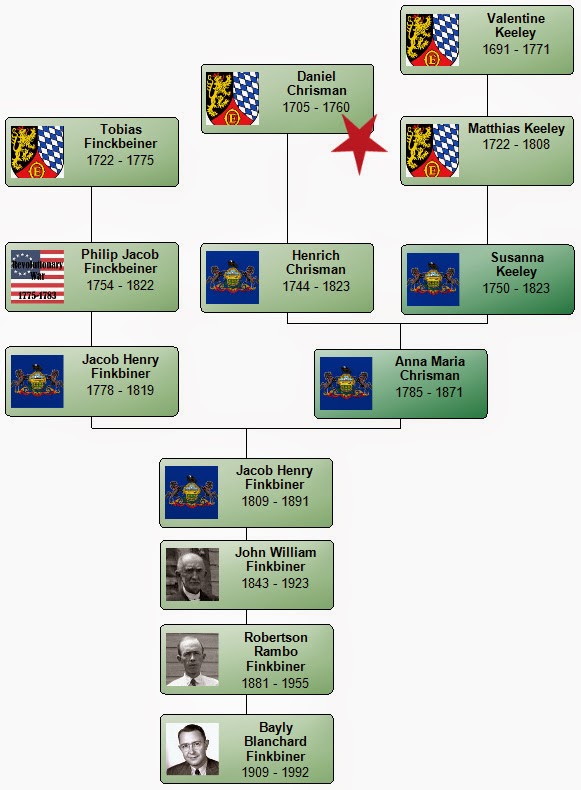 Daniel and his family settled in Worcester township, PA.  He was a member of the Lutheran church, and in 1748 contributed five shillings toward paying for a bell for the New Hanover Lutheran church.

Henry became the owner of a large tract of land, situated on French Creek.  Here he lived during the Revolutionary War and it is handed down as a tradition that he did considerable hauling for the patriots at that time. By trade, he was a saddler.  It is also said that his fine heavy draught horses were sometimes hidden in the thick bushes along the creek to prevent them from being seized by the British who ranged through that neighborhood while Washington was at Valley Forge.  On one occasion he traded a barrel of whiskey, being a distiller, and a set of heavy wagon harness for forty acres of land, which afterwards became valuable.

Henry died September 16, 1823 and is buried in the family burial plot at Zion’s Church in East Pikeland, Chester County.    His wife Susanna died 19 Sep 1823 only three days after her husband and is buried by his side. “ (1)

I think it’s interesting that we have the information about three German families who had immigrated from the same region in Germany: the Keeleys in 1728,  the Christmans in 1730 and the Finbiners in 1752, who settled in the same part of Pennsylvania and who married each other.